Travel Scams To Avoid That We Didn’t

This post was most recently updated on July 18th, 2019 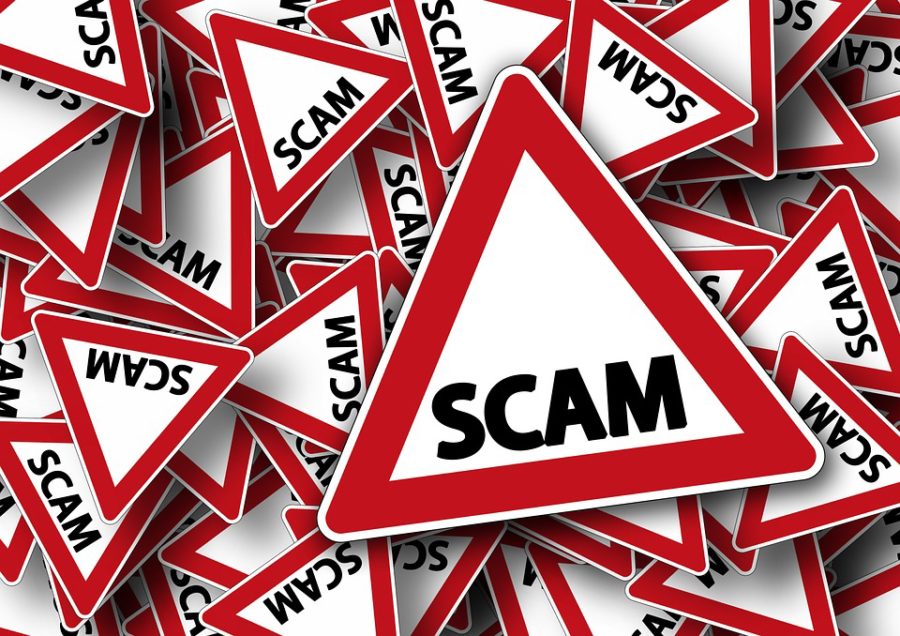 How we were scammed

Don’t you hate it when you’ve scrimped and saved for your infrequent time off for the year. And planned for months where to go and what to do. Only to be taken of all your hard earned cash by travel scams your first day out?

Or are you more aware of all the travel scams out there than us? We certainly thought we were armed with the latest info before we left. But it never seems to work.

One of our favourite shows to watch a few years back was called Scam City. It always amazed us what tricks people would come up with. Some more dangerous than others.  Here are a few things that happened to us. Therefore  you’ll be more informed before you leave than we were.

I’m sure most people have probably heard of all the common scams out there. Travel scams seem to be alive and well today more than ever.

Like having something spilt on your clothes. Then someone will come over to help you clean it off. And as a result, stealing your wallet or purse at the same time. Or a cab driver claiming his meter doesn’t work. And for this reason, you end up being charged double the price.

It seems like every time we travel, we manage to get ripped off or scammed in some way or another. And it doesn’t matter how much we read up on the latest schemes in a country. The unscrupulous people are always coming up with something new. I guess if you travel long enough, this is bound to happen.

Here are a few scams to look out for:

A few years ago our family took an all-inclusive trip to Playa Del Carmen. Don’t get me wrong. We love the Mayan Riviera. This was our 5th time going, and hope to return soon. With perfect year round temperatures, and beautiful blue waters. What’s not to love about it! 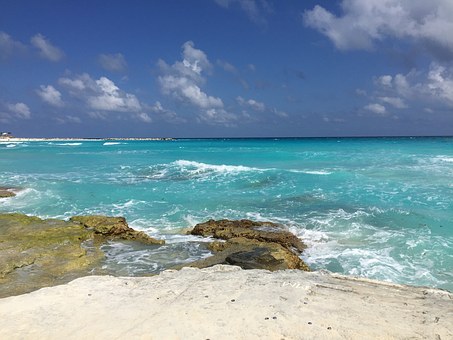 This time though was our first time being tricked. When you check into an all-inclusive resort, they give you a wrist band to wear. This gets you all the food and drinks you could ever want. Sounds great, I know! But it also centres you out when you venture off the resort. Each of the different resorts have their own coloured wrist bands.

One day my son and I took a cab into 5th avenue. It’s a 5km long street that is lined with all your typical souvenir stores, jewellery boutiques, restaurants, small hotels and more. Walking along you’ll encounter a lot of outdoor vendors selling their knick knacks and other treasures.

Shortly into our walk, a seemingly friendly man approached us. He noticed our wrist bands, and immediately knew where we were staying. He said he was a waiter at our resort through the week. And besides that job, he helped his mom out at her store on the weekends.

After chatting with us for a few minutes, he asked us if we’d like to have a look in his store. Not wanting to be rude to someone who said he was part of our resort family, we said ok and followed him. Consequently he started leading us away from the Main Street and down a back alley. This is when the hairs went up on the back of my neck. 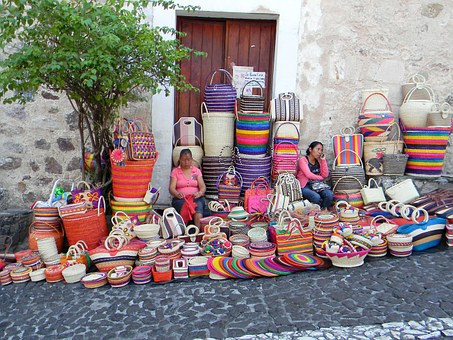 Shortly we arrived at a jewellery store. Then I felt relieved knowing he really had a shop. Finally he lead us inside his small about 10×10 space, and shut the doors. Now I started feeling trapped and wondered what I’d gotten myself into.

He showed us numerous pieces of jewellery, which we politely declined. I was beginning to wonder if he would take no for an answer, and how we would get out. We then stood at the door, and kept turning down all his suggestions.

Then I made up a story about being late meeting someone for lunch. I knew it was a typical excuse, but it worked. He finally let us out. 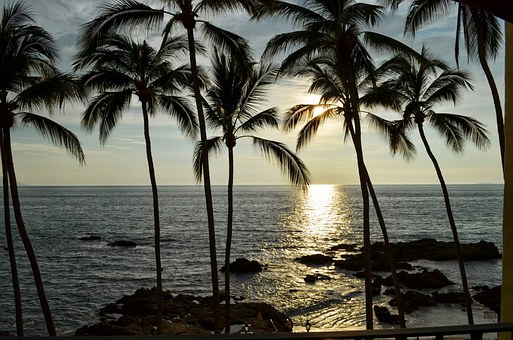 In hind sight, I realized him coming up with the story that he worked at our resort was a way to gain our trust. It worked! Once we were back on the Main Street, I knew we’d been duped.  I was relieved nothing worse had happened. 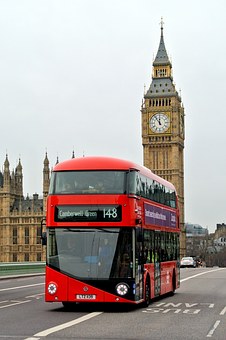 Last year we spent a few days in London England. One of our favourite things to do in a new city is to take the hop on hop off tours. We find it’s a great way to get the lay of the land.

Plus the bus takes you to all the major sites. Which is probably where you want to go if it’s your first time in that city anyways.

Most importantly the lesson we learned with these tour companies is to always pay cash and to buy your bus tickets from one of their offices. We made the mistake of purchasing our tickets on the street at one of the bus stops , and with a credit card.

I handed the attendant our card, and she put it through the terminal. Then she quickly ripped of the first receipt and put it in her pocket. Turned to us saying that it didn’t go through and she’d try it again.

She handed me the second receipt with our tickets saying “you’re all set”. It wasn’t until we got home that I noticed on our bill that we’d been charged twice.

Now we’ve learned to always ask to see all the receipts. And to not take their word when they say it didn’t go through. I’m sure she’s ripped a lot of people off with this scam. Quite the side line business! 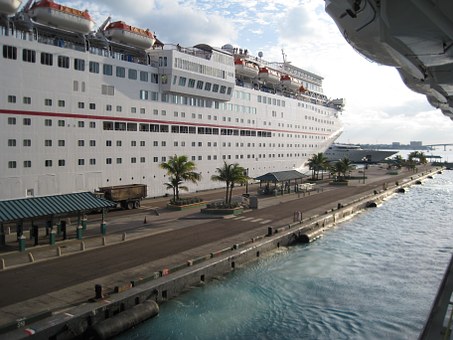 A couple months ago we took a cruise. We’re not big cruise people. But we thought we’d go for the experience.

It was actually Jerry’s first, and my second. It’s a quick way to hit a number of islands. And if you only have a week to spare, it can be a safe and relaxing break. 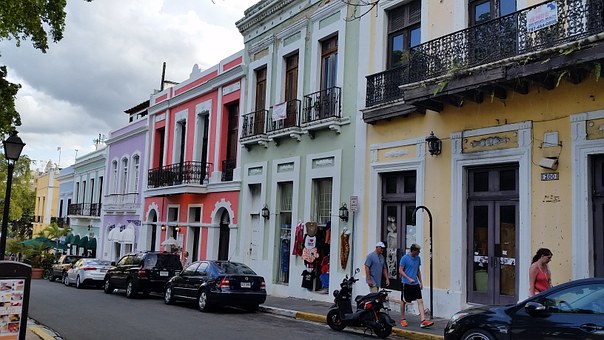 Our cruise was out of San Juan Puerto Rico. Everything went well until we exited the cruise terminal to catch a taxi back to the airport.

Once we were onto the street, we saw a line of taxis waiting. About 15 feet from the first taxi, a man came over asking us if we needed one. As soon as we said yes, he grabbed our bags to carry them. We just assumed he was a taxi driver.

Since we always travel lite, we only had two small carry-ons with us. He then handed our bags over to the real taxi driver and put his hand out for a tip.

That’s when we knew he was working independently and we’d been scammed. Who knew carrying two small bags a few feet was a job! I guess everyone has to make a living at something.

Moral Of The Story

The majority of people you meet while travelling are more than willing to help you out, and don’t expect anything in return! We just chalk it all up to a learning experience and know we won’t fall for the same scam twice.

And as a bonus, we end up with a story to tell our friends and family when we got home!